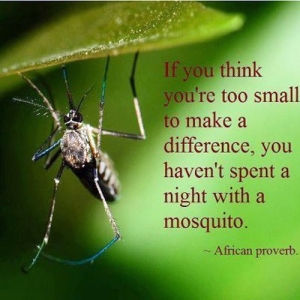 When I was about ten years old I used to visit a young mother because I liked playing with her baby.  I don’t remember how I came to know her but she lived in a house on a street between my house and St Josephs Primary and I remember stopping in to visit them on my way home from school.  It was quite a surprise to me when Mum told me oneday that this woman really appreciated my visits and that they always cheered her up.  Looking back now, I realise that she was an impoverished single mother who probably had little to no support, so an older child taking the little kids off her hands occasionally made a difference.

Ten years later as a student nurse in England, I nursed a frail, elderly woman who lived at home with her equally-elderly sister and would come to hospital for respite care once every six weeks.  Her sister had long-ago retired from a senior nurse position at the same hospital and I loved to hear her stories about working in our hospital during the war years, when the hospital was bombed and regularly dealt with war wounded citizens and also soldiers who were transported from battles across the English Channel.  When the frail sister was admitted into a nursing home her respite care to hospital ended, but I stayed in touch with them occasionally.  Oneday I phoned to say hello and the healthy sister was very upset because she was not well and could not visit for her nightly routine tending to her sister at the nursing home.  I offered to go in her place and for about a week I visited the nursing home, put her sister’s slippers on for her and fed her dinner.  I was also able to pass messages between them both so they did not fret for each other until they got back to their normal routine once the second sister was well again.  It was around the corner from my home and took me less than an hour, so it was no effort and in fact an enjoyable interlude for me.  But again, something so small in my mind surprised me when it transpired that it had made a difference to both their lives, to the extent that when the last sister died a decade later, she left me an inheritance.

I’m no angel though, with plenty of faults and mistakes to my name.  With the recent headlines about Robin Williams’ suicide after years of torment, I wonder what failings haunted him so badly that he couldn’t forgive himself?  It would be so easy for hyper-sensitive and self-critical people to suffer terribly in the face of their own faults.  Tracy Chapman’s lyrics At This Point in my Life say it well – At this point in my life, I’ve done so many things wrong, I don’t know if I can do right…. I’ve been climbing stairs, but mostly stumbling down, I’ve been reaching high, but always losing ground, I’ve conquered hills but I’ve still got mountains to climb…. but right now, I’m doing the best I can.  She describes so well, the state of being human – the struggle of being an imperfect soul.  Noone in this life is faultless and it’s okay to work towards making small differences in the world, which will always be imperfect differences coming from an imperfect soul.

These are all reflections I made as I listened to Scott Neeson speak about how he transitioned from tycoon to philanthropist extraordinaire a decade ago.  His story is quite incredible and anyone interested in charity will really enjoy hearing him speak at this TEDx lecture delivered in Hong Kong in 2012.  I think his life story sums up the Anne Frank quote perfectly, that “Noone ever became poor by giving”.  Not that anyone, least of all Neeson, thinks we should all sacrifice everything and move to a third world garbage dump.  But pioneers like him are turning outdated negative attitudes towards giving to charity on their head and showing that individuals actually can make a difference in situations that seem hopeless.  And that being a “do-gooder” is not a one dimensional concept but is full of imperfect nuances implemented by imperfect souls.

I follow Scott Neeson on Facebook and another reason to admire him, is that he never shows concern for others’ criticisms, he just gets on with doing what he does.  There are so many people who prefer to cast aspersions and yesterday a wise friend emailed me following some trouble she faced from detractors on a public website with over 20,000 members which she administers.  Her words about it were Some people are put on this earth purely to be destructive of anything built by someone else so why would I get upset by them?  Their words mean nothing to me.  Her wisdom is inspiring, and so on I shall blog! 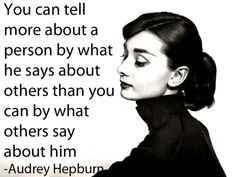