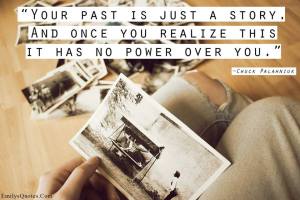 For almost four of the seven years between 2007 – 2013 I was a long term foster Mum to three separate children over four separate periods.  It started with a 12yo boy called Mathew at the end of 2006, through a series of often shocking events which I could never have predicted in my wildest imagination.  Whenever people tell me “you should write a book”, my brain trails off to Mathew’s story.  He placed himself into my care through sheer persistence, after both of his parents had died and he’d been left, in effect, homeless, through a disturbingly incompetent welfare system.  At the age of 12 he recognised me (way before I recognised myself), as someone capable of taking care of him.  Over some weeks or even months it slowly dawned upon me, that the school bus arriving daily, seemed to be under the impression that my office and my house were places where Mathew’s “significant adult” could be found!  It was a difficult and complicated time, which would take a book to describe with any justice.

Our peculiar relationship has impacted me significantly and resulted in a bond between two most unlikely people from vastly different generations and backgrounds.  He’s one of the people I love most in this world, which is strange in itself given how troubled he is and the sometimes appalling situations I’ve unexpectedly found myself in, due to his various and evolving circumstances over the years.  Fathers and families of girlfriends, police, magistrates, initiation elders from remote communities, psychologists, teachers, doctors, lawyers, social workers, drunken aunties, sick and dying grandparents, are just a few examples of the people I’d never have otherwise had to deal with, representing someone else’s child.

Having this boy land on me and stubbornly encroach upon what I thought was a life of freedom and satisfaction, took me completely outside of my comfort zone.  He enlightened me to the fact that helping others is a very mindful and healthy endeavour and that actually, my happy and easy life was nowhere near as fulfilling as I’d believed.  He also taught me that when you do something outside the “norm”, you will be judged.  And that the criticism of others is nothing to do with you, everything to do with the critic’s own internal issues, and never something you should try to engage with or change.  With no history of Mathew in my life I don’t believe I would ever have engaged in Cambodian life the way that I did.  My life would be completely different and far less personally rewarding.  This is due to Mathew, so I owe thanks to a struggling Australian orphan who has never left our shores, for experiences I had in a country which he barely knows exists!

Nine years on, at 21 years old, he continues to treat me as someone with a supportive role in his young and problematic life.  He was one of my first visitors when I arrived home last month and has been around, on and off, ever since.  He regularly challenges me to think on my feet through all sorts of unexpected situations, from girlfriend woes, to trying to influence his behaviour as a young father, to much more complicated and difficult-to-interpret circumstances around his involvement with the justice system as both a victim and an offender, and various cultural matters which are beyond my comprehension.

The other two children who called this home are John, who lived with me for exactly two years from the age of six, and Mathew’s second cousin Sara, who was 13 when she spent four months here in 2008.  This was at Sara’s initiation, having known me as Mathew’s carer.  Unlike Mathew, her placement was arranged via formal channels first.  John and Sara’s stories are both also deserving of a chapter or two in that book.  Both have contacted me since I returned home.  Sara, now 20, suggested during a visit this week, that she and her “husband” could move in with me, leading to a grown up conversation around why this was not going to work for me, or ultimately for them!

Back at work, I am reminded almost daily of why I love my job here.  As a public health nurse I work with people from marginalised communities often living nomadic lifestyles who don’t access health services.  A lot of my time is spent looking for people and convincing them to come with me for reasons that are not easily appreciated by the general public, let alone a public with very different perceptions of health, illness and medicine.  In a drunken tirade one evening in 2012 when I refused to drive her somewhere, Mathew’s aunty once shouted at me “YOU not my SISTA!  Everybody say, YOU lookin’ round for MAN!”.  It was meant to stab me in the heart but all it did was provoke hilarity.  It remains a team catch phrase at work whenever I have to leave the building.  Some time later she called me to apologise, saying she should never have spoken to her sister like that and clueless as to the fame she now holds among my friends and colleagues.

Between these various visitors, I somehow manage to maintain a semi-normal life as well, with neighbours, colleagues and friends.  Finding a balance between this privileged life and the life I loved so much in Cambodia, is the challenge.  While it’s a different challenge, it’s also a similar one, to living as a western privileged Australian in a town like Alice Springs, where so many are struggling in a world that is not theirs, which has been superimposed onto their land and their culture.  Now, spending $1 feels different than it once did, as I remain acutely aware of the small amounts of money it takes to dramatically improve peoples’ lives elsewhere.  Cambodia is very much a part of my every day existence but I still call Australia home.

Paula remains in Seattle.  She has been discharged from all medical care.  She is ready to go home but the Cham community have asked Karen, responsible for their travel costs, to delay their flight home by another two months.  She and her mother are staying on to holiday with their newfound Cham friends.  They won’t go home until February, four months since our arrival when all that has happened since was still an unknown.  In a recent email from the Cham Imam who met us at the airport on our arrival, he said The first day from airport in my car going to the hospital watching to the Downtown city in her bad condition, <Paula> said: I am ready to die because I got everything in this life.  She was sitting in the front seat on that journey and I could hear her but could not understand her words.  Another recent email from a member of the hospital staff included this, about Paula and her mother: They are both very thankful for all the help and support they’ve received and are receiving, and both of them have high spirits.  Every conversation with them is full of laughter and love, and we feel very blessed to be spending time with them and the Cham community members.  The nurses on the unit all want to visit with them whenever they leave the hospital and before they leave the US.  Many new friendships have been made!  Thank you to everyone who has touched the lives of these two incredible women!

I do wonder how they will feel, returning to their life of poverty and all it entails, after this dramatic and life saving experience in the wealthy world.  Today the Imam and his family took them an hour from the city to a waterfall in the mountains, to experience snow for the first time.  It’s mind boggling to imagine how a girl who was about to die, who had only ever experienced a life of poverty on the Mekong Delta, must be feeling at this particular time!  I still hope I might make it to Cambodia for their homecoming, so that Grandad can kill that cow and eat beef with us in celebration of his grandaughter’s new life.  Only now I have an unrealistic vision of bringing John, Sara and Mathew (among others) with me, to show them that despite all evidence within the square box that is Australia, they are in fact, not on the lowest rung of the global fortunes ladder.