This working week while visiting Baby 1 at his home, it transpired that another baby (Baby 2) who I had been looking for without success, was known to Baby 1’s family.  When I explained that I’d been reliably informed that Baby 2 is not in town, Mum 1 argued with me.  Amusingly in hindsight, I argued back a few times before Mum 1 suggested that she take me to Baby 2.  With the baby seat sorted, Baby 1 excitedly let me strap him in, his long black eyelashes open wide, laughing excitedly when the car started to move as Mum explained to me “He really love to cruise around”!  We drove through town, onto and along a dirt track, up a hillside through scrub and over dry rocky streams.

Above town, sitting in the dirt near an open fire beside a group of rusty tin sheds with doors but no windows, I finally met Baby 2 and her mother.  I never would have located them without Mum 1’s generous guidance.  With children running about our ankles, Mum 2 explained why she could not come with me immediately as other Mums asked did I also need to see their children?  There is no electricity and no water supply at these tin sheds they call home, and Mum 2 needed to visit a shelter in town to shower first.  This year I am working in Australia, not in Cambodia, in case this story is disorienting.

Working with indigenous people has always been an honour to me, for a number of reasons including the generosity I regularly encounter despite such marginalisation and hardship; and working with another culture where values of sharing and participation quite foreign to my own dominate strongly.  It is not too far removed from similar experiences in Cambodia.

These experiences never fail to remind me of my own privileges and how important it is to me, to use my privilege in useful ways.  Recently someone suggested to me that actually my life has not been very privileged and I shouldn’t suggest that it has been.  But referring to my privilege does not mean I am unrealistically optimistic.  I belong to the working class and grew up with various challenges that will always walk with me.  Yet compared to many, I do have privileges, that I recognise and appreciate.

Jerin Arifa is a young Bangladeshi woman described in one website as “an award winning trailblazer in women’s rights”.  Now an American citizen, she grew up in Bangladesh where her activism began in childhood.  Amidst protests from neighbours who profited from cheap child labor, Jerin and some other young people taught reading and writing to homeless youth in a park.  I can’t find how or why she made her way to America but she was an undocumented immigrant for some years, during which time she won a number of impressive academic awards.

A few years ago I first heard the term “intersectionality”.  Today I heard Jerin Arifa speak on the subject in simple and easily-understood terms.  Working with other cultures and societies, I often reflect on the social injustices I witness and am even a part of because of the systems that I belong to.  Hearing Erin speak today, intersectionality seems an articulate and essential philosophy to share.  It describes the ways in which oppressive attitudes and systems of power such as xenophobia, sexism and homophobia are inextricably linked.

Intersectionality has its roots in the feminist movement.  When the suffragettes fought for equal political rights, black women (in fact, black people), were not represented.  As one example, women in South Australia gained the right to vote in 1895, yet indigenous Australians only earned the right to vote in 1962.  Historically, intersectionality disputed the idea that gender is the only thing to determine a woman’s fate in male dominated society.  For example, women of colour, different religion, different sexual orientation, living in poverty or with disability, are not represented by the same inequalities that white women living in the mainstream middle class may experience.  The philosophy has since evolved to include inequalities and injustices beyond only those endured by women.

Jerin Arifa talks about the issue eloquently in this four minute video. 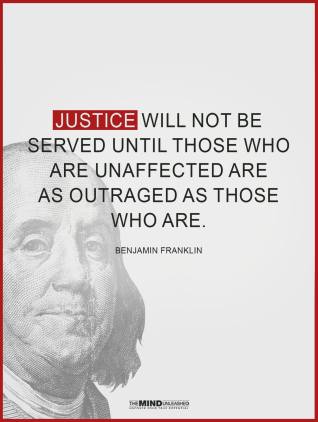