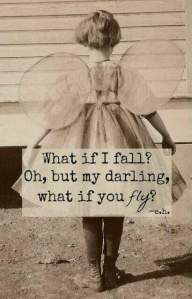 Yesterday I resigned!  After eighteen years of owning a permanent position with the same organisation, I bit the bullet.  I will soon say goodbye to my salary, superannuation, annual leave, long service leave and an accumulated 34 weeks of sick leave.  Those are the benefits I can think of immediately but there are various others, such as 10% extra pay during holidays, the right to complain to and disagree with management without fear or favour, professional development allowance, and so many other first world privileges.  I have owned the same permanent position for sixteen years, in that time taking four years of special leave to work elsewhere including a year in London, a year in Cambodia, and time with other organisations.  Each time I went away, the security of returning to my permanent position was something I gave no thought to.  For most of the time I owned this position, I truly had no idea that it was anything particularly special.  I trained as a nurse and I held a nursing job – big deal?  I have always loved my job and appreciated that this is not necessarily a common experience, even in the privileged world.

Only recently did I spend time in a country where nurses earn $100 per month, not paid reliably, working inside a system that is so horrifically deprived that you could call it almost non-resourced.  Throughout my year working in Cambodia, my first world brain grappled with so many outlandish experiences.  Hospital waste management problems, including seemingly uncleanable dirt throughout patient areas, stockpiles of refuse, rat infestations, sewerage leaks, the smoke from burning medical waste wafting through patient areas.  Patient meals were cooked by homeless domestic staff in the dirt behind the MSF laboratory, on open wood-stoked fires.  Most significantly, patients suffered and died in situations that do not exist in my world.  I had tiny insights into systemic corruption which filters down from the highest echelons to directly affect both patients and staff.   This blog is testament to the struggles I continue to have, coming to terms with the inhumanity that so many face on a daily basis due to the vicious cycle of poverty and corruption.

The biggest impact all of this has had, is to accentuate my own intense privilege.  It is the epiphany of this privilege that has inspired me to leave some of it behind.  Most people my age are committed to all sorts of things which mean they can’t do what I am doing.  Many probably would not want to if they could.  Without the encouragement of my friends working in East Timor who spurred me to join them there in 2012, I likely would never have known either, about this other world, where such big differences can be made with such small effort, and where your own life, world view and source of fulfilment, change so dramatically that things can never be the same again.

A friend in Cambodia, connected to both Wat Opot and Cambodian Childrens Fund, recently wrote this anecdote which resonated with me, prompting this latest rant.

Tonight I had one of the most humbling experiences of my life to date. I really don’t like public speaking, even to small groups – it’s something that I’ve always put up with but avoided where possible…

… and so tonight I found myself talking about my life to a room full of young teenagers. These guys and girls are this years top 15 students from the CCF Leadership program, having made it through several rounds of an intensive training and selection program. 10 of them, after this round, will attend the incredible Global Youth Leadership Summit, hosted by Tony Robbins in California.

The reason I was sitting in on the class was to hear *their* life stories, with the hope that I could use them on social media at some point. After stumbling through my own story, I sat back and listened, and was blown away. Their stories were heart wrenching, some couldn’t contain their tears and raw emotion, and I found myself embarrassed at how privileged my story was in comparison. The incredible power of CCF – and the Leadership program in particular – to change lives never ceases to amaze me. These amazing young people are the future of the country, and it is in good hands.

The point is not that you should go to a remote place and live an alternative existence.  The point is that those of us born into the privileged world, deserve to know, to appreciate, and to share, our good fortune. 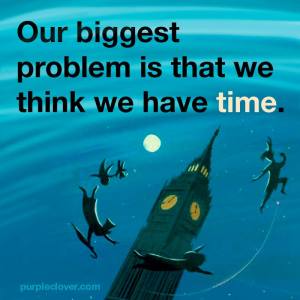 4 thoughts on “Love Your Luck”