New Zealand’s South Island is a panorama of tiers stretching in a lengthwise direction roughly parallel with the coastline.  Most prominent, at least initially, are rows of alpine summits piercing into blue skies or disappearing into woolly clouds.   Dizzy heights descend into rolling forests and grassy slopes, which in turn meander into a patchwork of green and gold valleys where sheep graze beside vineyards and other plantations.  Snaking across this landscape are braids of emerald rivers flowing from icy altitudes towards the glassy Pacific Ocean which wraps the nation’s coastline for 14,000 kilometres.

Thanks to a destructive earthquake last month in which the seabed rose by more than 1 metre during two minutes of terror, the roads into Mum’s hometown were closed when I arrived last week for Christmas.  Being, as I am, from this abundant life, my perfectly feasible solution was to take a light plane, turning the 2.5 hour drive into a 35 minute flight over fertile, clean, affluent territory.  Most of my week was spent admiring panoramic views.  I kayaked in a crystalline blue bay, waved and shouted out to cruise ship passengers making their way to shore for the day and enjoyed the guarded attention of playful fur seals agile enough to keep themselves at arms’ length while showing us their tricks.  Meals were prepared at home some days and other meals were shared in local restaurants.  Gifts were exchanged.  Extended family visited from near and far.  Today I was chauffeured back to Christchurch by a convoy of generous family in time for tomorrow’s early morning flight home.

This time next month I will be en route to Cambodia.  Every moment that I reap the benefits of my lucky existence, I am aware that within my social circle now, are people who can only dream of having even a smidgen of what I have always taken for granted.

Samantha writes regularly about 3yo “Adam” and the slow, miserable progression of his genetic disease in a land where paediatricians have little to offer him whilst needing to charge money for what services they are able to provide, immersing the family into more debt in their desperate bids to find help for him.  Some doctors and nurses have turned him away in blatant discrimination against his visible disability, claiming “there is no point”.  He continues to beat the odds through repeated bouts of pneumonia and diarrhoea which we have been known to diagnose amongst ourselves, guessing at how to treat his symptoms, sometimes with the help of a local paediatrician in Australia who has generously offered advice from afar.

A child with his condition in “my” world would also be disabled and terminally ill, but unlike Adam, would have options for nutrition, appropriate comfort measures and medical care.  At 3 years old Adam remains the same peak weight he reached at about 12 months old.  With each inspiration the skin on his torso sucks in between his tiny ribs.  His twiggy arms and legs are stubbornly twisted and curled in a gridlock.  He can’t turn his head but his deep dark eyes follow conversations alertly as he lies passively observing the world around him.  He cries every night in apparent anxiety attacks, probably combined with hunger or pain.  Not all of the medications he needs are available in Cambodia, and only available by prescription in Australia, meaning he will never be made as comfortable as he needs and deserves to be.  Every medication Samantha obtains is purchased at retail cost via private pharmacies, helping her family to remain impoverished.

Adam is only one example of what it means to be unwell in a poor country.  The latest stories from Joe’s village are that he probably won’t be alive by the time I arrive in just over a month.  His story is for another blog.  Without the means to obtain medical care due to his immobility, the remoteness of his home and the family’s complete lack of funds and health literacy, guesswork is all that is available.  My guess is that he is dying of Post-Polio Syndrome about six decades after his (probable) Polio infection.  I keep picturing him lying in his hammock at the top of the wooden ladder leading to their front doorway, unaware of why he’s sick.  Lack of personal funds is one aspect of poverty.  Lack of health care is a less visible, much more significant aspect.  Most of us from “my world”, where sickness is less common but health care is accessible, abundantly resourced and subsidised or free, find this impossible to fathom.  Had I not seen it for myself, I could not have imagined it either.

Meanwhile, I get occasional messages from various corners of Cambodia, often with at least some intent related to practising English.  Today I had the following conversation with one of Paula’s brothers:
Hello, how are you?
Hello, I am fine thanks, and you?
Me too.  Where do you live now?
Now I am in Australia but in February I will come to Cambodia and so I will see you soon.
Good riddance then.  We will wait for you in (their village).

With the same intent, I wish a very good riddance for everyone reading this.  May 2017 provide you with enough and may you appreciate every moment of it. 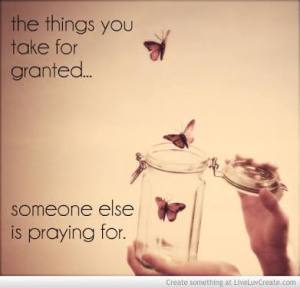