When I lived in Kampong Cham during the two years between 2013 to 2015 there was one swimming pool in this town, about 5 metres long and knee-deep, belonging to a local hotel.  In the past two years two swimming pools have appeared here.  “The Chinese” built a large town pool complex with four different swimming pools including a large diving pool, a large lap pool and two smaller pools.  The $1 entrance fee makes it inaccessible to most locals meaning that it is often empty of customers.  Which is great for the likes of me who wants to swim away from the crowds.

The crystal blue waters always remind me of my childhood, swimming at pool complexes in New Zealand.  On days when there are other customers, almost all of them wear an orange life jacket hired from the entrance desk.  The sight of so many orange life jackets on bodies in a town pool strips me of my NZ memories entirely as it’s so foreign to my experience.  Locals who can afford the entrance fee are also likely to be educated and therefore informed of the high rates of drowning in Cambodia, which I guess feeds the assumed need of a life jacket in a place where swimming lessons are extremely rare due to a lack of trainers in such a micro economy.  On busy days I have seen young men sitting poolside watching swimmers and occasionally directing people away from rule breaking behaviour, who appear to be hired as lifeguards.  On quiet days such as today and yesterday the guards are missing, I guess it’s not financially feasible to employ them for only a few customers?

Around the same time as this western style swimming pool appeared, someone built an undercover pontoon structure in the river.  It seems like a rectangular wooden terrace enclosing a strip of river water, covered with a tin roof and accessed from shore via a wooden platform bridge.   With many decades of only ever swimming in blue pool, ocean or river waters and the parasite phobia I have developed since coming to Cambodia, this is not a pool I ever plan on swimming at so I don’t know the entrance fee but imagine it to be cheaper than the Chinese town pool.

Yesterday I brought the Phter Koma children, who have moved to another organisation, swimming and then for lunch.  Last time I saw them we also swam together.  I arranged with their carer to meet up at “the new town pool”.  Arriving a few minutes late, I was nevertheless earlier than the children.  Some time later they still hadn’t arrived and I called the carer, who said they were due to arrive any moment.  Some time later he called me to say the children were at the pool but they couldn’t see me?  We soon worked out that while I was waiting at the Chinese pool, they had interpreted “town pool” as the riverside pontoon!  They soon joined me, donning their life jackets before a raucous time ensued in the crystal blue deep waters.

This mismatch of assumptions reflected our different perspectives.  A town pool to me, is a crystal blue chlorinated complex with lifeguards.  That concept is very foreign to Cambodians who only ever swim in the river which feeds their homes and soaks their rice fields.  Of course the undercover pontoon would be the place they interpret me as meaning when I said “town pool”.  Equally, of course this was never going to be the place I meant!

At work last week I told a staff member that we only needed her to work for two hours on Friday, from 10am to 12pm so she could use her annual leave for the rest of the day.  Without the translator present, she mistrusted her interpretation of what I was saying, double and triple checking with me.  I repeated slowly, using signs to depict my meaning, that she should arrive at work at 10am and then at 12pm, she could go home.  Many laughs were had during the conversation as we knew we weren’t entirely on the same page.  Sure enough, at 10am the following day she arrived at work and I felt confident that we’d managed to understand each other.  About an hour into the afternoon I approached the nursing staff and there she was, still at work!

Mix-ups like this are a part of everyday life here as I, with my western privilege and monolingual interpretations of the world, try to navigate a foreign world which makes limited sense a lot of the time, with people forced to communicate with me in what is a foreign language to them.  Miscommunications are common, often time consuming and also often amusing.  This includes my experience of frequent miscommunications with the French as well as Khmer people I work with.  Through our Khmer translator, I often hear the words “there is not a direct translation for that”.  The way language informs cultural perspectives means that bilingual and multilingual people are far more adept at cultural awareness, as understanding another language also gives an insight into the world view of people speaking the language.

Communicating in writing can be even more challenging.  This week I had this conversation with Sokum’s husband on WhatsApp about her return to hospital with complications following her heart surgery.
Her surgery body need to clean.
Yes, the wound, is it ok?
<Photographs of an infected wound with opening areas along the suture line>
It looks infected, did they give medicine?  Very important not to touch it with your hands, did they put something over it to protect it?
They give medicine to my wife before clean wound everyday.
For pain?  But maybe she needs antibiotics to take everyday for maybe 2 weeks?
Yes.
Did a doctor look?
The doctor go to Korean now.  After they were clean it ready send to doctor.
Do they put something on it like this <photograph from internet of gauze dressing>
Yes, they use like this after cleaning.  <Photograph of her chest with a thick dressing>
An infected wound in this setting is a very worrisome situation with such low standards of infection control.  This will all be adding to their expenses as she rents a room in Phnom Penh to be near the clinic and they travel daily to have the wound dressed.

After living for almost three of the past four years in Cambodia and still speaking only very broken Khmer, unable to string more than a couple of full sentences together, I have a deep respect for Sokum’s husband’s ability to get his message across, even though I am not as fully informed of the situation as I had hoped.  He may sound simple in his use of written English to mono-linguists who have never had to communicate in another language or culture but he is in fact, highly skilled.  Noone understands this better than the European contingent, who jump between their native tongue and their second, sometimes third and fourth languages, as a mainstream behaviour.  Many Khmer people do the same and of course, Australia’s indigenous people are highly adept multi-linguists.

Dara’s parents are working in Phnom Penh again, on another construction site and this week I visited them after work.  My regular Phnom Penh tuk tuk driver probably knows more English than he admits to, forcing all of our communications except when totally desperate, in Khmer.  I like being forced to use my limited Khmer with him and we always seem to make sense of each other.  Unlike my other regular tuk tuk drivers, this means he doesn’t double as a translator.  When we traveled to Dara’s parents’ work location Tuk Tuk called them to get a pin point on exactly where we should go and they instructed him to wait at a particular corner beside a massive construction site.  The workers traveling home in all manner of styles were fascinating to me.  Tuk Tuk was far more interested in watching my reactions as I photographed vehicles heaving with workmen and women being transported home after a hard day of physical work at various heights above the city.

Communicating with Mum and Dad is almost easier than with people who speak English, because we know 100% that we are guessing each other’s meaning.  They are living in a communal building with other construction workers along a narrow, muddy, bumpy dirt track about 2km from their work site.  They earn $5 per day (Mum) and $5.50 per day (Dad, who has a team supervisory role).  Their tiny room in a corridor of other tiny rooms is furnished with a mosquito net hanging over a bed-sized bamboo mat on the floor, a tiny toilet with a shower hose on the wall and a small bench holding a rice cooker.  Most of their meals are plain rice with a little fermented fish for taste.  We sat on the floor of their room together as neighbours lined up at the door, staring in at the foreigner and speaking English words at me as I spoke Khmer words  back.  When I asked Mum and Dad about their salary they seemed to be saying that they earned $5 and $5.50 per month.  Only when Dad wrote it down and added x 30, did I realise they were saying that they get paid their daily wage, monthly.

Yesterday afternoon Dan traveled to Dara’s village without me to collect grandma with Dara and his tiny sister, bringing them to town so that we could share dinner together at the Night Market.  It never ceases to amaze me how much fun you can have with people, especially children who are so communicative, despite having no shared language.  I am also always aware that the way I experience something, such as eating fried rice at the Night Market, or swimming in crystal clear swimming pools, or interpreting health care, is completely different to the way my companions are experiencing it.  The same goes for my experience on board a river cruise boat earlier this week.  Friends were on an expensive cruise from Ho Chi Minh to Kampong Cham and when they anchored in Phnom Penh I was invited on board to join them for drinks and a meal.  It was a fabulous experience in plush surroundings.  Yet all I could think of, was the Cham people on their little wooden boats less than 500 metres on the opposite shore from us, hungry, on leaking boats with no roofs, surviving from one meal to the next.  At times these contrasts are confronting but I am constantly grateful for my good fortune which in fact, can only be genuinely enjoyed and appreciated when it is shared with those less fortunate. 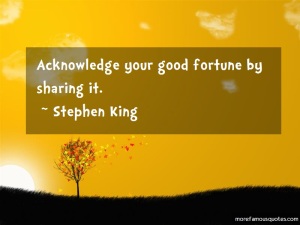